Dear all who care about words,

I'd like to invite you to join my Poetry Patter group every second Tuesday at the Govanhill Library.
I'd like this group to bring together people who were brought up in an English speaking environment, and those like me, who may be unaware of all the cultural references and often feel overwhelmed by the exquisite intricacy of the language they've been striving to master.
I am looking forward to exploring different forms of poetry, exchanging insights, and digging into meaning together with other enthusiasts of words put in the right order... 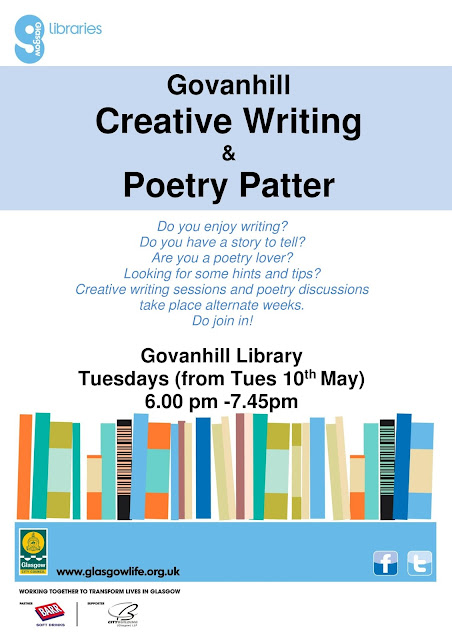 Thank you everyone who took part in our evening of song and poetry from around the world the 7th of April! It was a truly inspiring gathering of great people who share a passion for music and art. Here are some photographs of the event by Robin Mitchell. 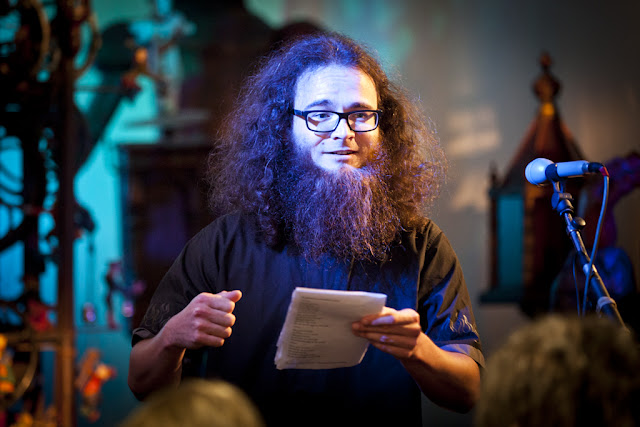 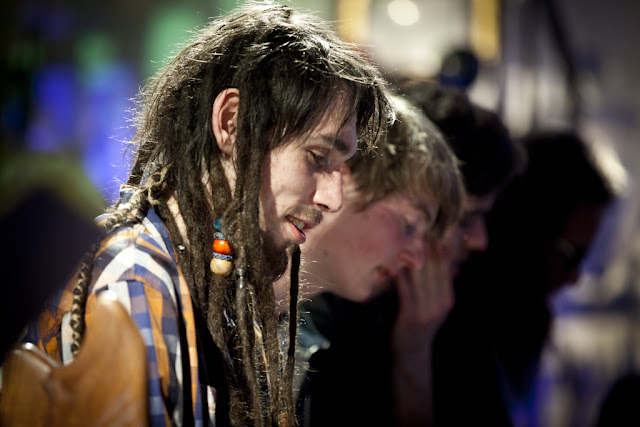 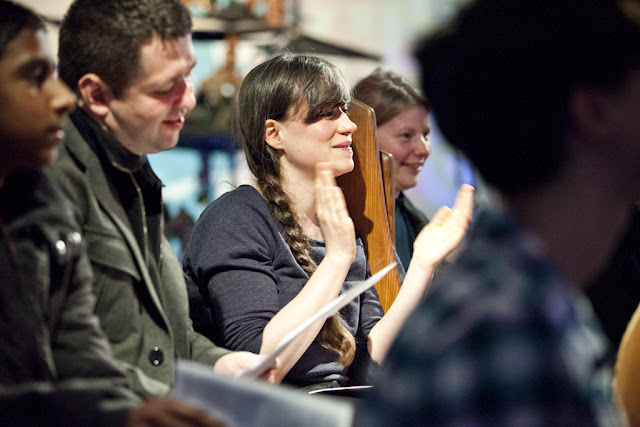 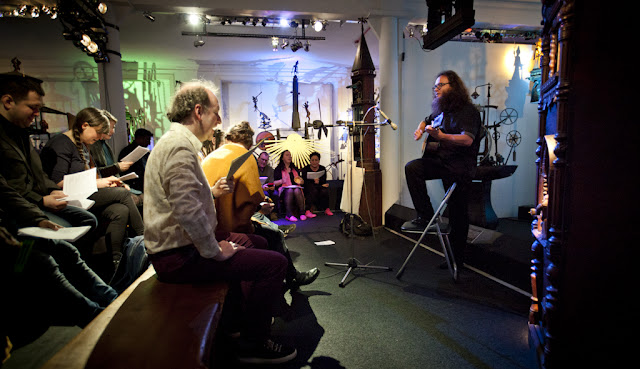 Once again, a huge thank you to all who attended and performed at our Verse Universe event at Sharmanka!
Autor: COSMOPOLIS Grupa Inicjatyw Twórczych o 06:42 No comments:

Saturday, 26th March
A group of Scottish, English, Czech, Polish and French people meet up On The Corner - a community centre in the East End of Glasgow, and led by Stepan Zatkulak welcomed the spring by drowning the effigy of the goddess of winder and death Marzanna, also known as Morena, More or Marmora. 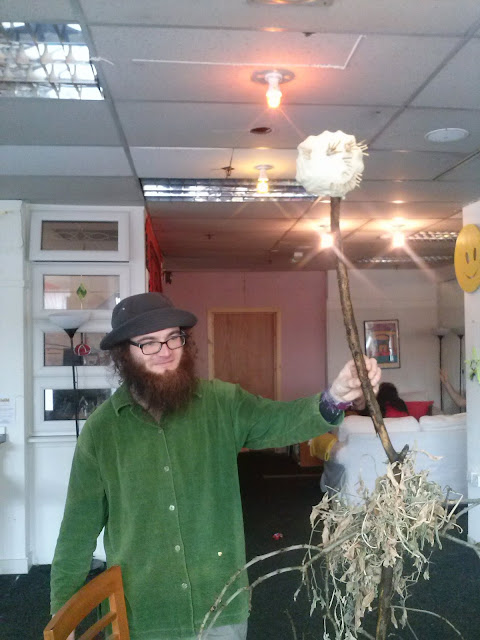 Marzanna's head was made out of cabbage (as a surplus veg from Blochairn food market). 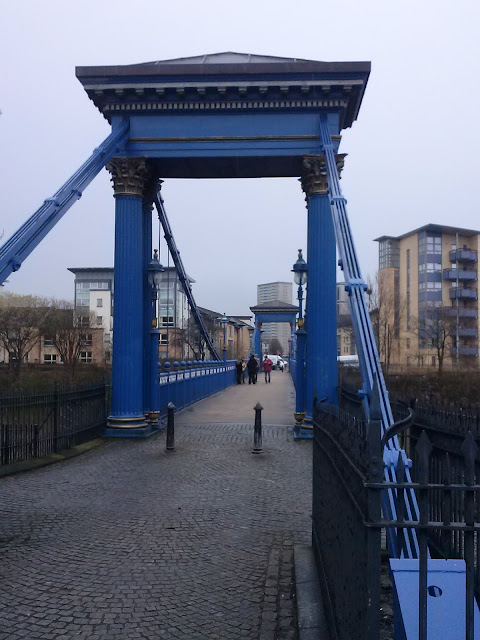 The bridge is the blue one at Glasgow green closest to People's Palace. 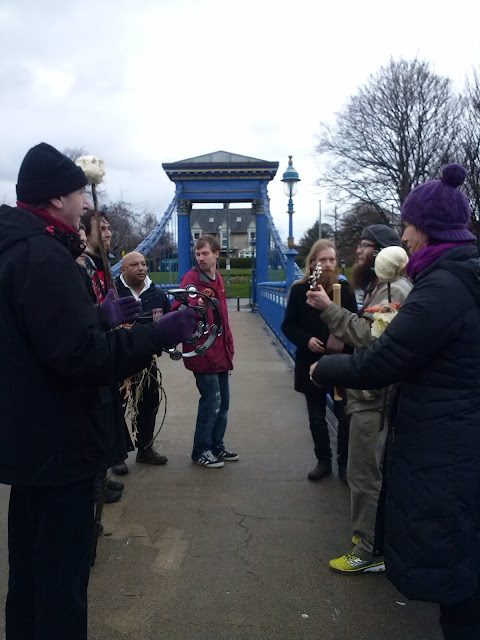 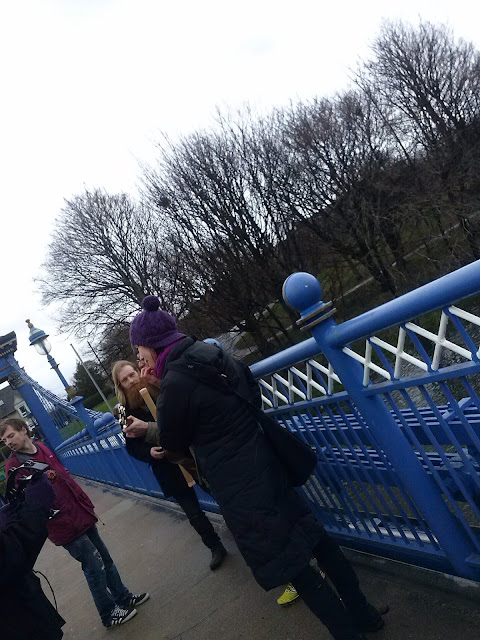 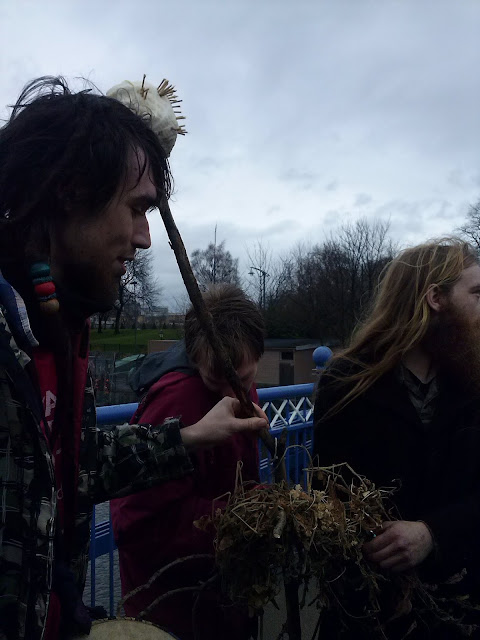 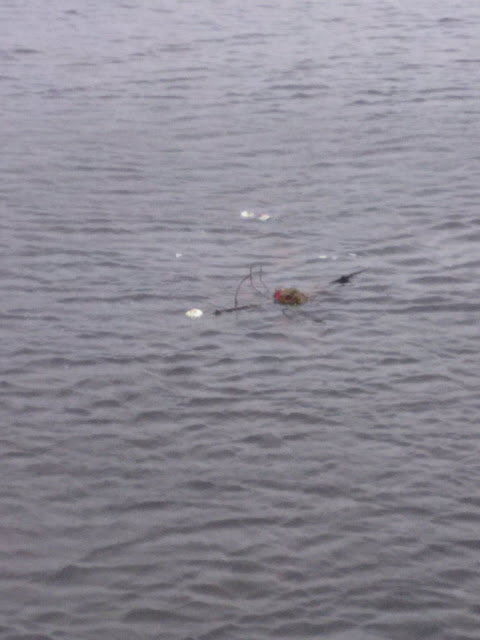 That's three drownings in one year for Stepan. Will be hard to beat! :-)
Autor: COSMOPOLIS Grupa Inicjatyw Twórczych o 20:24 No comments: 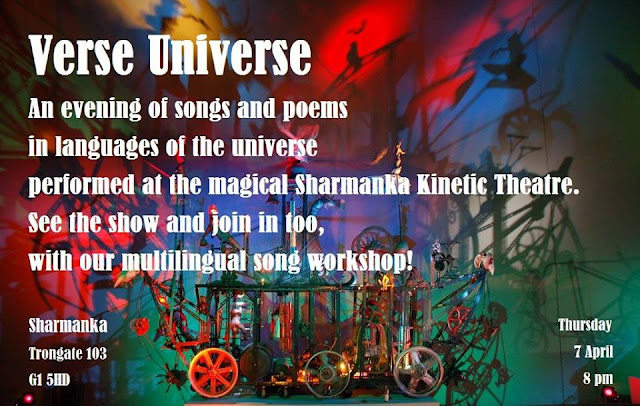